HR-Club has received the following fine instruction from Jens-Peter Keudel, who bought his 35’s “Voluptas” in September 2014. The deck was in a bad constitution but the basic ship was ok, so Jens-Peter addressed the challenge and described the procedure :

“First, I had to strip the entire deck for all fittings of any kind. I used a 4mm. Special knife, such as. Can be attached to a Fein Multimaster. In some areas of the deck, the node was not deep enough for me to put the rubber cushion so I had to cut a little deeper into the tree.

Afterwards, the node should be sanded and then cleaned and prepared for the silicone. I contacted the Hallberg Rassy yard, and they told me that they only use silicone-based rubber pulp for the joints.

It took me about 50-60 hours to cut and grind the deck and I spent a little week cleaning and preparing the deck for the joint and a little week to fold the cover and then I took 2 weeks to grind the tire. You can see some of my work below, and while it’s hard, I’ll do it again at any time 🙂 ”

The last video has just been found on Youtube, where there are some others on the subject! 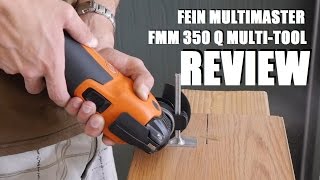